One of my guru/mentor used to tell me that the easiest thing in this world is earning money, so strive for excellence without worrying about money. In general one will not easily accept the first part of that. I too belonged nearly to the same category. I’m saying nearly because I wasn’t at all sceptic of his wisdom, however out of human psychology I wasted one complete year of my life to realize what he used to tell was absolutely correct. I am saying this because I will be bringing a similar situation before you. Each of us possess a unique brain that thinks outstandingly. And if you have any iota of doubt then just remember your childhood when you used to imagine various pictures and scenes out of melee clouds or trees and many such things. What I believe is that most of you are still capable of thinking such designs & patterns. Indeed you have evolved to level where you can implement such imaginations of designs and patterns over some article, thing or object so that they would have higher aesthetic appeal. If you can think of such design or pattern on any product, for instance on back cover of mobile, pen, glass/fiber doors, fans, chairs, clocks, and for that matter any other thing, then you can make huge money out of it.

How would you make money?
1. You can launch your product with such design
Or
2. If the product is out of your manufacturing capacity then you can sell proprietor right to any such willing manufacturer.

Hey! Where did I get that right and what if my design or pattern is copied by someone else?
Here comes the Designs Act, 2000. You just have to get your design registered by Controller Designs, as mentioned in the said Act. It gives you exclusive right over your design on the particular article and proprietorship rights over it. Thus it is deemed to be property and any copy or illegal use would be act of theft and therefore punishable under the Indian Penal Code, 1860 and other relevant statutes.

You get right to use such design for a period of 10 years which can be extended further for a period of 5 years. You can use these rights directly or can avail benefits by distributing its proprietorship rights to manufacturers or vendors.

The only requirement for a design to be registered under the Act is that the design should be appealing to eyes and has not been published before with regard to that particular product in same sense.

Hey! Hey! Hey!!! What did you just said… i.e. if I heard correctly it would mean that same design can be used and registered for application on different product or in a sense which would be having varied effect to those used before?
Exactly, and that’s the reason I told that story in the beginning.
But! Would it not be violation of copyright?

The very beauty of The Designs Act lies here. In most circumstances it prevents violation of copyright when a design finds varied application. I feel you would get clarity from the famous case decided by Gammeter v. Controller of Patents and Designs, ( AIR 1919 Cal.887 ) .

In the said case design of a metal band called ‘Novelty band’ was intended to attach a watch to wrist, was similar in shape and configuration to a bracelet previously manufactured for ornamental purpose. The court allowed the same holding that “ a design in order to be new or original within the meaning of the Act, need not be new or original in the sense of never having been seen before as applied to any article whatever, there might be a novelty in applying an old thing to a new use, provided it is not merely analogous.”

Thus the case shows us how a new concept so near to old yet, has been given space under The Designs Act.
Now, as I firmly believe on your versatile brain, I expect you to register your patterns and designs to be used over various products to create such an aesthetic appeal that it strikes international market as well and you earn lots of foreign currency for as well as nation.

So, if you have a design with you. Let us help you to get it registered, contact us through contact page.

We will send freshest of blogs filled with interesting information straight to your inbox. You can get more to read and make infromative choices. 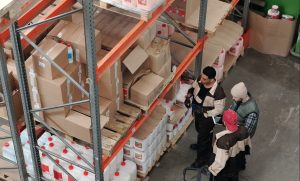 Get familiar with Micro, Small and Medium Enterprises (MSMEs)